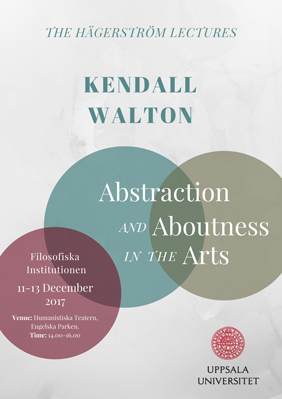 Abstraction of several important kinds consists in absences or limitations of work’s depictive or representational content. The content of painting and music can be limited in any of various ways. Clive Bell and Eduard Hanslick appear to advocate ignoring or avoiding it entirely. But much abstraction consists in less drastic limitations. These include making representational content obscure, deemphasizing it, rendering it easy to ignore. In other cases, works’ representational content is relatively general, sometimes enormously general, sometimes omitting and including unusual combinations of specifics. This can make for rather bizarre imaginative experiences on the part of viewers; experiences that are not analogous to common real life experiences.

Many works of art represent or depict particular people or events or situations as a way of “saying” something about properties that they instantiate—about love or betrayal or forgiveness or courage or struggle or sorrow. But some—some poetry and music—dispense with instances and treat properties directly, especially psychological or human properties, or ones that are intimately connected with certain emotions or attitudes or experiences. They do so by offering appreciators tastes of the relevant psychological states or experiences. Music does this by means of its propensity to elicit physical responses in listeners; lyric poetry by providing readers with words for their own use.

Works of art are often about the circumstances of their own creation, appearing to have come about in a certain manner or by such and such means or because of artists’ predilections or prejudices or purposes—whether or not they actually were created as they appear to have been. These appearance properties are analogous to representational properties in some respects, but strikingly different in others. Limiting or eliminating them, when possible, makes for intriguing forms of abstraction. Especially interesting is the claim by some that music demands acousmatic or reduced listening, listening without regard to the causes or sources of sounds, with attention only to their sonic properties.