History of the Phalén Picnic

The first Nordic symposium in Logic, held at the Department of Philosophy Academy of Turku in 1968, brought the idea of an annual gathering of philosophers from the Academy of Turku and Uppsala Department of Philosophy. These gatherings, consisting in seminars and discussions over a few days, begun in 1970 and were dubbed the "Phalén picnic", after the Uppsala philosopher Adolph Phalén (1884-1931). A highpoint of this first series of meetings was the Nordic language philosophical symposium, with some 200 participants, that took place 1974. The symposium started in Uppsala and after a boat trip it continued and ended in Turku, with a panel discussion on the role of philosophy with L. Hertzberg, S. Kanger, K.E. Tranøy and G.H. von Wright.

A few years in the '80s no gathering was organized because the chair in philosophy at the Royal Academy of Turku was vacant. The picnic resumed in 1993 and has since taken place on a yearly basis, with many students and teachers attending. The picnics have resulted in several research collaborations between philosophers from Uppsala and Turku, as well as in student and teacher exchanges and cooperation in the PhD programs.

May 24-25, 2013
Åbo Akademi University, Turku
The picnic consists of the international conference "The Contemporary Significance of Ordinary Language Philosophy", a joint venture between Uppsala, Åbo and The Nordic Wittgenstein Society. 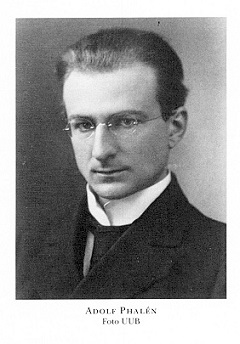